A Concise History of British Literature 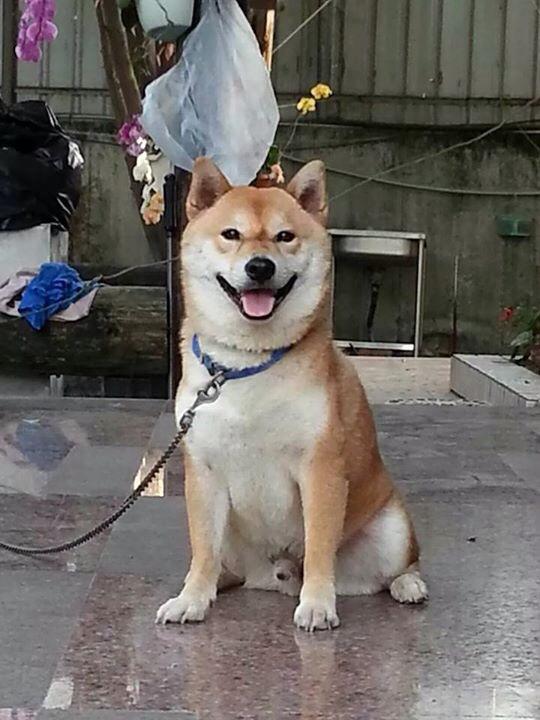 (1) Before the Germanic invasion

(2) During the Germanic invasion

2. The Overview of the culture

(1) The mixture of pagan and Christian spirit.

(1) the use of alliteration

(2) the use of metaphors and understatements

(3) the mixture of pagan and Christian elements

(2) The social situations soon after the conquest.

A. Norman nobles and serfs;

B. restoration of the church.

A. the crusade and knights.

B. dominance of French and Latin;

A. the centralized government;

B. kings and the church (Henry II and Thomas);

A. The legend of Robin Hood;

C. the beginning of the Parliament

b. the rise of towns.

c. the change of Church.

d. the role of women.

f. the development of the trade: London.

i. The translation of Bible by Wycliff.

b. The War of Roses between Lancasters and Yorks.

2. The Overview of Literature.

(1) the stories from the Celtic lands of Wales and Brittany—great myths of the Middle Ages.

(5) the second half of the 14th century: Langland, Gawin poet, Chaucer.

B. The General Prologue;

(1) He introduced from France the rhymed stanza of various types.

(2) He is the first great poet who wrote in the current English language.

(3) The spoken English of the time consisted of several dialects, and Chaucer did much in making the dialect of London the standard for the modern English speech.

VII. The beginning of English Drama.

Miracle play or mystery play is a form of medieval drama that came from dramatization of the liturgy of the Roman Catholic Church. It developed from the 10th to the 16th century, reaching its height in the 15th century. The simple lyric character of the early texts was enlarged by the addition of dialogue and dramatic action. Eventually the performance was moved to the churchyard and the marketplace.

A morality play is a play enforcing a moral truth or lesson by means of the speech and action of characters which are personified abstractions – figures representing vices and virtues, qualities of the human mind, or abstract conceptions in general.

The interlude, which grew out of the morality, was intended, as its name implies, to be used more as a filler than as the main part of an entertainment. As its best it was short, witty, simple in plot, suited for the diversion of guests at a banquet, or for the relaxation of the audience between the divisions of a serious play. It was essentially an indoors performance, and generally of an aristocratic nature.

Chapter 3 English Literature in the Renaissance

I. A Historical Background

Humanism-study of the literature of classical antiquity and reformed education.

Literary style-modeled on the ancients.

The effect of humanism-the dissemination of the cultivated, clear, and sensible attitude of its classically educated adherents.

The second tendency by Donne: metaphysical style—complexity and ingenuity.

The third tendency by Johnson: reaction–Classically pure and restrained style.

The fourth tendency by Milton: central Christian and Biblical tradition.

a. the native tradition and classical examples.

a. translation of Bible;

b. brilliant and fascinating personality;

b. Astrophel and Stella (108): sonnet sequence to Penelope Dvereux—platonic devotion.

c. Defense of Poesy: an apology for imaginative literature—beginning of literary criticism.

a. The Shepherds Calendar: the budding of English poetry in Renaissance.

b. Amoretti and Epithalamion: sonnet sequence

 The general end–A romantic and allegorical epic—steps to virtue.

 Two-level function: part of the story and part of allegory (symbolic meaning)

 Many allusions to classical writers.

b. studies law at Lincoln Inn;

Written in Latin, two parts, the second—place of nowhere.

A philosophical mariner (Raphael Hythloday) tells his voyages in which he discovers a land-Utopia.

a. The part one is organized as dialogue with mariner depicting his philosophy.

b. The part two is a description of the island kingdom where gold and silver are worn by criminal, religious freedom is total and no one owns anything.

c. the nature of the book: attacking the chief political and social evils of his time.

d. the book and the Republic: an attempt to describe the Republic in a new way, but it possesses an modern character and the resemblance is in externals.

e. it played a key role in the Humanist awakening of the 16th century which moved away from the Medieval otherworldliness towards Renaissance secularism.

a. it was the first champion of national ideas and national languages; it created a national prose, equally adapted to handling scientific and artistic material.

b. a elegant Latin scholar and the father of English prose: he composed works in English, translated from Latin into English biography, wrote History of Richard III.

(2) philosophical ideas: advancement of science—people:servants and interpreters of nature—method: a child before nature—facts and observations: experimental.

a. he was a master of numerous and varied styles.

b. his method is to weigh and balance maters, indicating the ideal course of action and the practical one, pointing out the advantages and disadvantages of each, but leaving the reader to make the final decisions. (arguments)

a. the classics: classical in form and English in content;

b. native or popular drama.

2. Christopher Marlowe: greatest playwright before Shakespeare and most gifted of the Wits.

b. The Jew of Malta;

(3) The significance of his plays.

(1) Romeo and Juliet–tragic love and fate

(2) The Merchant of Venice.

gap between appearance and reality.

(1) Venus and Adonis; The Rape of Lucrece.

b. two major parts: a handsome young man of noble birth; a lady in dark complexion.

c. the form: three quatrains and a couplet.

(2) an advocate of classical drama and a forerunner of classicism in English literature.

(1) Everyone in His Humour—”humour”; three unities.

I. A Historical Background

(3) Milton: the literary and philosophical heritage of the Renaissance merged with Protestant political and moral conviction

(1) The restoration of Charles II ushered in a literature characterized by reason, moderation, good taste, deft management, and simplicity. (school of Ben Jonson)

(2) The ideals of impartial investigation and scientific experimentation promoted by the newly founded Royal Society of London for Improving Natural Knowledge (1662) were influential in the development of clear and simple prose as an instrument of rational communication.

(3) The great philosophical and political treatises of the time emphasize rationalism.

(1) The 1st period was up to 1641, during which time he is to be seen chiefly as a son of the humanists and Elizabethans, although his Puritanism is not absent. L\’Allegre and IL Pens eroso (1632) are his early masterpieces, in which we find Milton a true offspring of the Renaissance, a scholar of exquisite taste and rare culture. Next came Comus, a masque. The greatest of early creations was Lycidas, a pastoral elegy on the death of a college mate, Edward King.

(2) The second period is from 1641 to 1654, when the Puritan was in such complete ascendancy that he wrote almost no poetry. In 1641, he began a long period of pamphleteering for the puritan cause. For some 15 years, the Puritan in him alone ruled his writing. He sacrificed his poetic ambition to the call of the liberty for which Puritans were fighting.

(3) The third period is from 1655 to 1671, when humanist and Puritan have been fused into an exalted entity. This period is the greatest in his literary life, epics and some famous sonnets. The three long poems are the fruit of the long contest within Milton of Renaissance tradition and his Puritan faith. They form the greatest accomplishments of any English poet except Shakespeare. In Milton alone, it would seem, Puritanism could not extinguish the lover of beauty. In these works we find humanism and Puritanism merged in magnificence.

c. theme: justify the ways of God to man.

(1) Milton is one of the very few truly great English writers who is also a prominent figure in politics, and who is both a great poet and an important prose writer. The two most essential things to be remembered about him are his Puritanism and his republicanism.

(2) Milton wrote many different types of poetry. He is especially a great master of blank verse. He learned much from Shakespeare and first used blank verse in non-dramatic works.

(3) Milton is a great stylist. He is famous for his grand style noted for its dignity and polish, which is the result of his life-long classical and biblical study.

(4) Milton has always been admired for his sublimity of thought and majesty of expression.

(1) The allegory in dream form.

The term “metaphysical poetry” is commonly used to designate the works of the 17th century writers who wrote under the influence of John Donne. Pressured by the harsh, uncomfortable and curious age, the metaphysical poets sought to shatter myths and replace them with new philosophies, new sciences, new words and new poetry. They tried to break away from the conventional fashion of Elizabethan love poetry, and favoured in poetry for a more colloquial language and tone, a tightness of expression and the single-minded working out of a theme or argument.

The other group prevailing in this period was that of Cavalier poets. They were often courtiers who stood on the side of the king, and called themselves “sons” of Ben Jonson. The Cavalier poets wrote light poetry, polished and elegant, amorous and gay, but often superficial. Most of their verses were short songs, pretty madrigals, love fancies characterized by lightness of heart and of morals. Cavalier poems have the limpidity of the Elizabethan lyric without its imaginative flights. They are lighter and neater but less fresh than the Elizabethan’s.

(1) the representative of classicism in the Restoration.

(1) He established the heroic couplet as the fashion for satiric, didactic, and descriptive poetry.

(2) He developed a direct and concise prose style.

(3) He developed the art of literary criticism in his essays and in the numerous prefaces to his poems.

(2) The rise of English novels.

When the literary historian seeks to assign to each age its favourite form of literature, he finds no difficulty in dealing with our own time. As the Middle Ages delighted in long romantic narrative poems, the Elizabethans in drama, the Englishman of the reigns of Anne and the early Georges in didactic and satirical verse, so the public of our day is enamored of the novel. Almost all types of literary production continue to appear, but whether we judge from the lists of publishers, the statistics of public libraries, or general conversation, we find abundant evidence of the enormous preponderance of this kind of literary entertainment in popular favour.

(3) Neo-classicism: a revival in the seventeenth and eighteenth centuries of classical standards of order, balance, and harmony in literature. John Dryden and Alexander Pope were major exponents of the neo-classical school.

c. taught himself by reading and translating;

e. An Essay on Criticism (manifesto of neo-classicism);

f. The Rape of Lock;

(4) The significance of their essays.

a. Their writings in “The Tatler”, and “The Spectator” provide a new code of social morality for the rising bourgeoisie.

b. They give a true picture of the social life of England in the 18th century.

c. In their hands, the English essay completely established itself as a literary genre. Using it as a form of character sketching and story telling, they ushered in the dawn of the modern novel.

a. studies at Oxford;

b. made a living by writing and translating;

c. the great cham of literature.

(3) The champion of neoclassical ideas.

(4) the chief editor of The Examiner;

2. Works: The Battle of Books, A Tale of a Tub, A Modest Proposal, Gulliver’s Travels.

Part I. Satire—the Whig and the Tories, Anglican Church and Catholic Church.